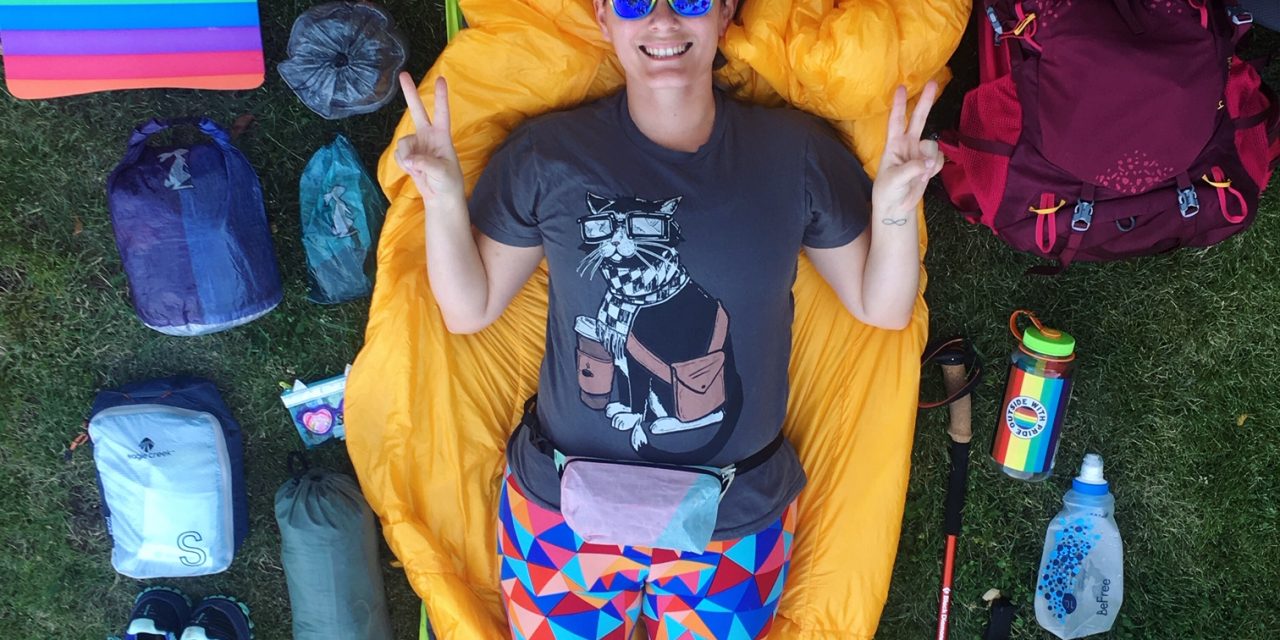 About the Author: Hi there, my name is “Z”, I am a queer solo female hiker from California. I run around the local ER as a nurse a few days a week. I love rock-climbing, bouldering, nerding out on DuoLingo, and being a crazy cat lady of one. I believe outside is for everyone, and I am passionate about making the wild an inclusive place for all. You can see what I’m up to on Instagram @The_Wandering_Z.

To see more posts from Z, click her name above!

My Name is Katnizz Everdeen.

I am an AT Hiker.

I don’t believe in the games being played in the woods.

The gender gap is real.

Outside is for everyone.

Let me explain how I became Katnizz…

I made it to Millinocket Maine yesterday afternoon.  I was afraid I was going to fall asleep sitting up inside the Wendy’s in Bangor after flying through multiple time zones, so I splurged on an Uber to take me the 72.4 miles to the AT Lodge.

It has been an odd experience being here. I knew that being in Maine, and being on the Appalachian Trail would be different than what I experience living on the West Coast in California, that’s part of why I chose it, but I did not expect to feel this irritated while taking these 2 pre-trail zero’s.

Let me share with you some of the quotes and memories of the last 24 hours:

On My Uber Drive to Millinocket:
Driver Dave: “You’re hiking  alone, that’s crazy, what else do you like to do?”
Me: “Um I like to rock climb and I like learning languages and stuff.”
Driver Dave: “Wow, you must really intimidate men, you are a strong girl, good for you sweetheart.” 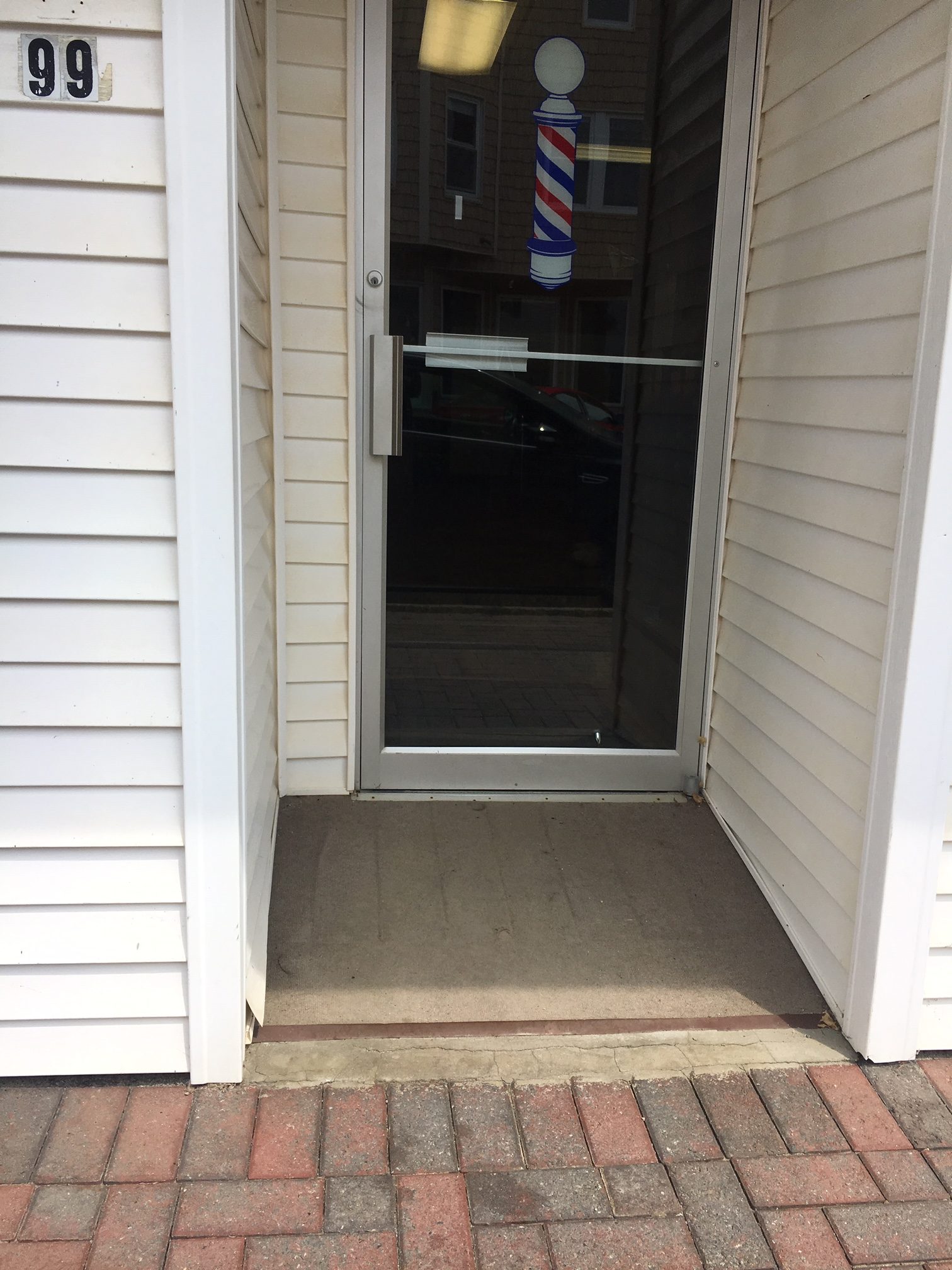 At The Lodge:
**I am journaling in the next room when I overhear this conversation among two hikers**

Guy Hiker #1: “Man, I can tell a section hiker from a thru hiker just by lookin’ at them, their body build, how they talk, what gear they have.”

Guy Hiker #2: “Oh totally, it’s so funny seeing them on trail and when they try to talk to you.”
**both laugh** 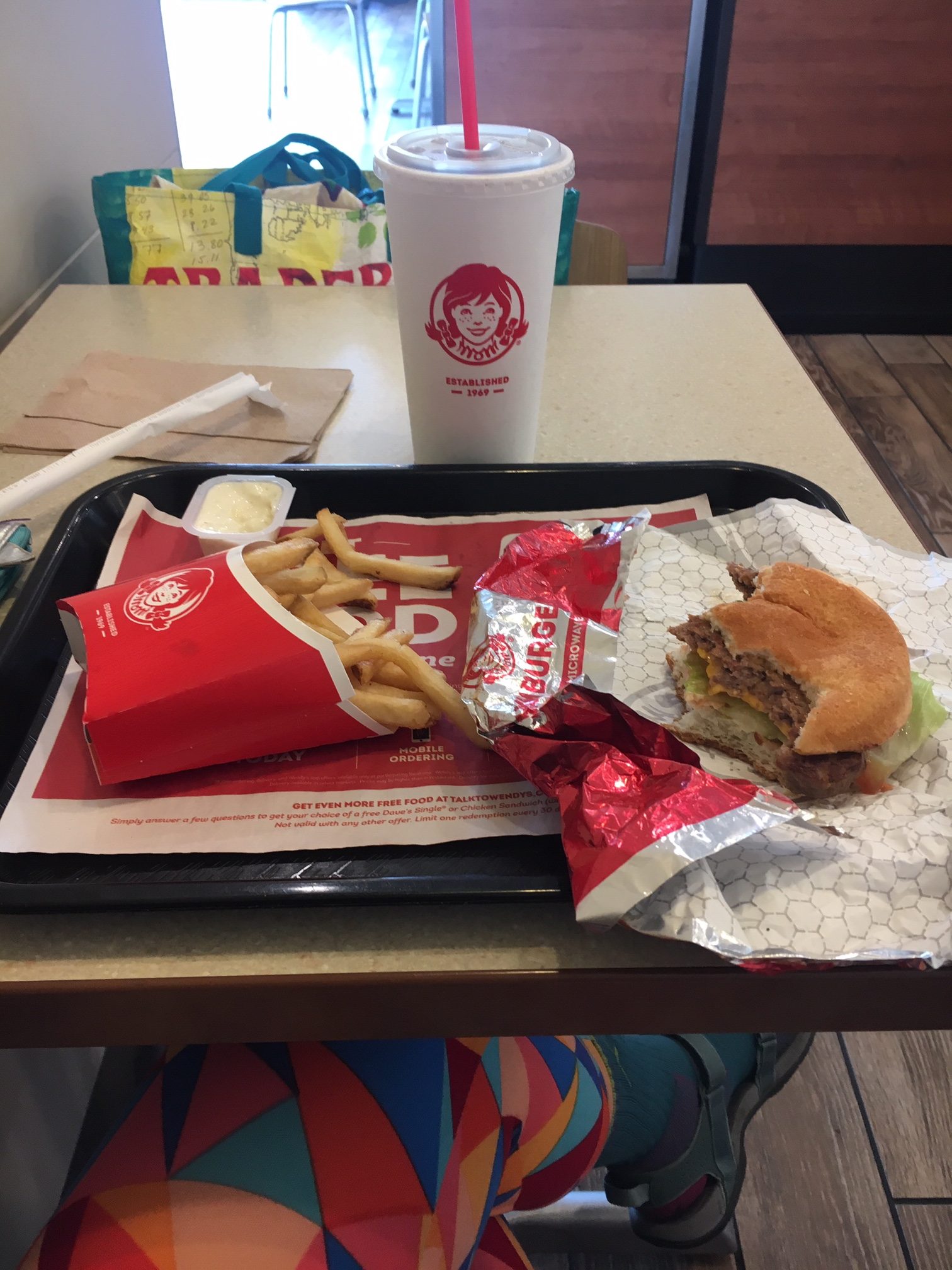 **walking out of the store** 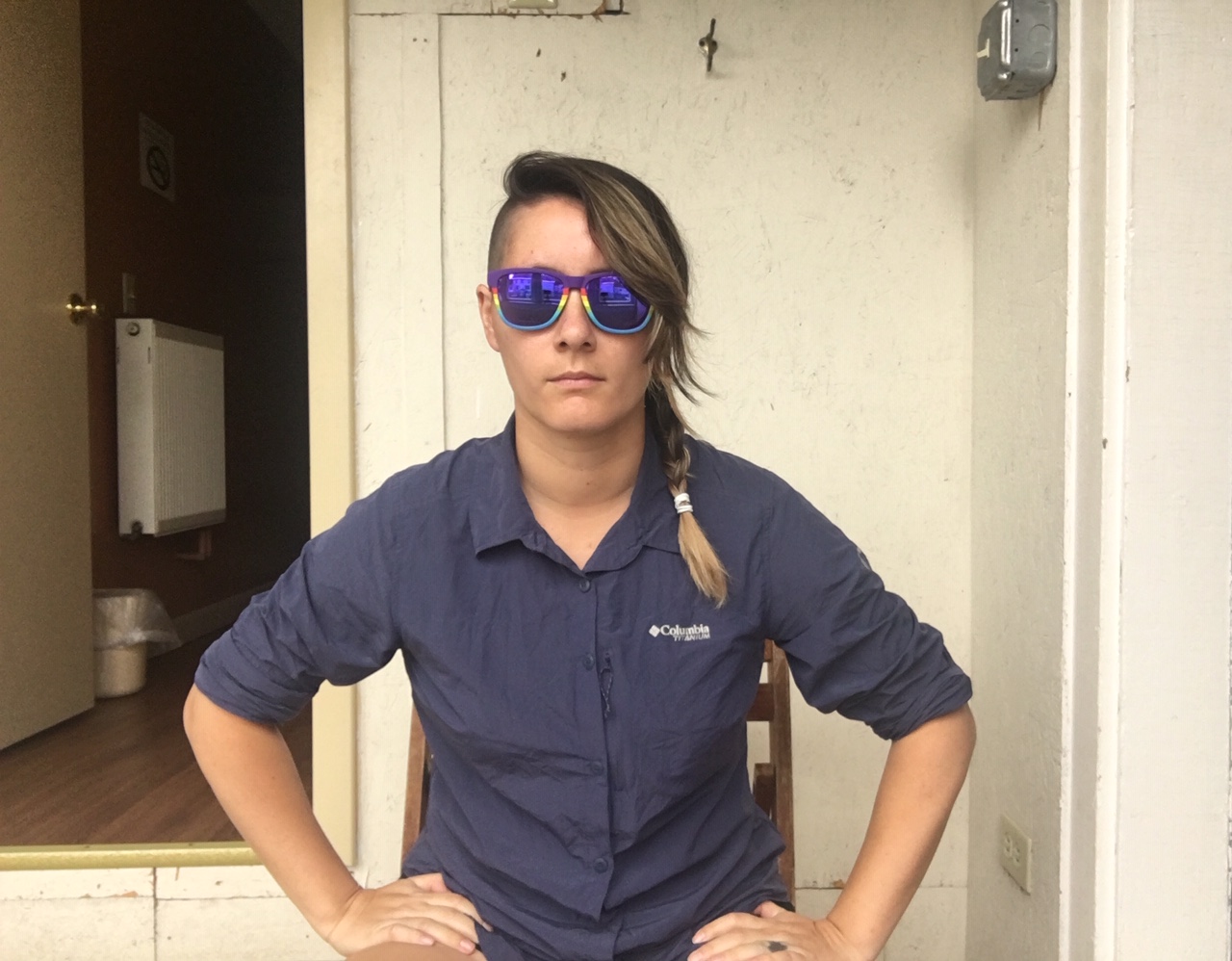 What in the world is going on? I feel like I am in bizarro land.  Where the crap am I?!

I am sitting here, incredibly thankful that the Millinocket library relocated next to the AT Lodge and I can escape this kind of conversation for a minute.

I feel incredibly irritated.
These examples are just a few moments, there have been more, and I haven’t even been here 24 hours. I feel restless and I wish I could just get on trail and be on my own and outside of this misogyny bubble I find myself in.

This is a male-dominated arena. That’s just a fact. Hiking, the outdoors, the wild, can feel like “a man’s world”, because numbers-wise: it is. Women are a wilderness minority.  The ATC reports that only one in four of documented “2000-milers” are female.

Being outside in the nature setting puts women/feminines in a gender disproportioned world they don’t normally experience in the day to day off trail.

This is not okay.

And this is the truth.

I was cat-called today walking around town. I have been followed while backpacking.

Being on trail doesn’t give you permission to act like an animal.

Being the “stronger” gender doesn’t give you the right to be a predator.

Your behavior is making my experience about you

We need to change how we are acting towards each other outside.

Stop belittling your own experience, you are not “a lowly section hiker.”
Stop asking “The Backpacker Four.”
Stop acting like you are better than everyone because of your miles/gear/gender/etc.
Stop the hyper-masculine bravado.
Stop being silent as the female hikers around you are being harrassed.
For the love of god, STOP “Pink-Blazing.”

Women shouldn’t have to de-rail their trail plans, spend money they didn’t budget for, get a shuttle/train/bus further up trail just to get away from men. 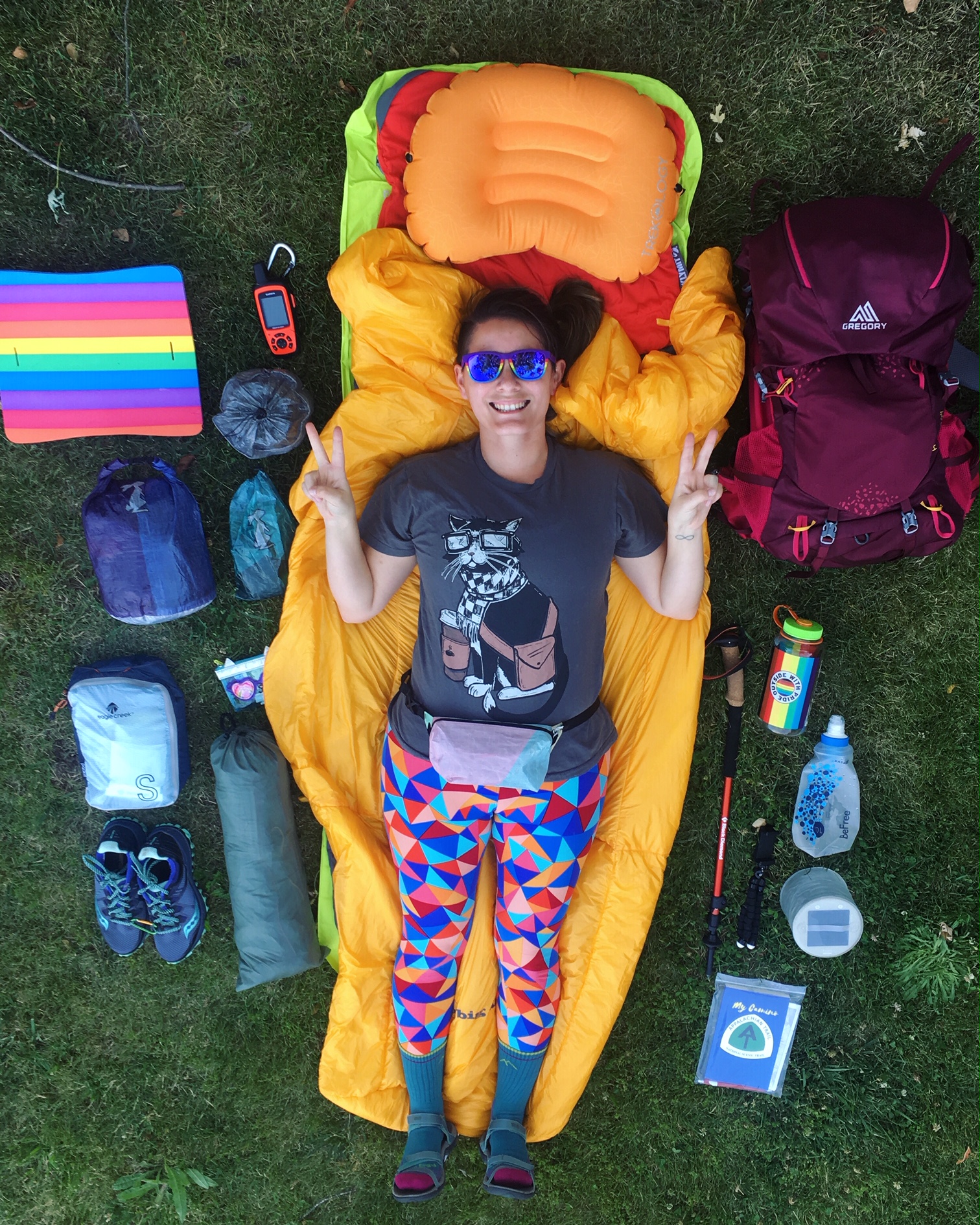 I summit Katahdin tomorrow, I am entering the arena that I just described. I am not playing and I will not be hunted, and I will look after my sisters in the wild.

My Name is Katnizz Everdeen.

I am an AT Hiker.

I don’t believe in the games being played in the woods.

The gender gap is real.

Outside is for everyone. 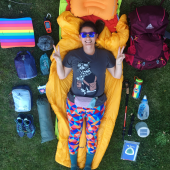 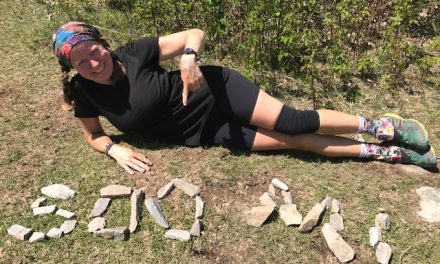 Hi, My Name is Jen, and I’m a Quitter 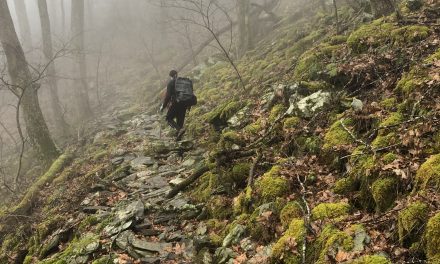 Smarter Than a Fifth Grader 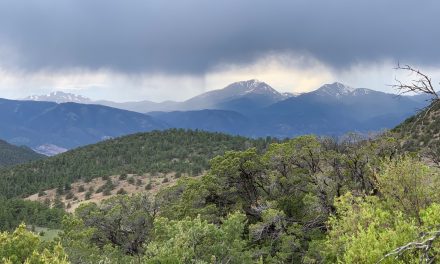 Why I *Really* Chose to Hike the AT With My Dad